This site uses cookies to provide you with a sweet user experience. By browsing this website, you accept our use of cookies.
The ecommerce platform for global brands.
Book a demo
12 April 2021

In just four years, Nudient has become a strong established brand in Europe, well known for their thin phone cases and mobile accessories.

The year was 2015 and Nudient’s Co‑Founder, Vidar, was living in Hong Kong. At the time he didn’t have a case on his phone, as a result of his previous bad experiences with phone cases of poor quality in Europe. One day he stumbled upon a super‑thin case in a small shop on the streets of Hong Kong which immediately appealed to him. The super‑thin case was like nothing he’d tried before.

Once back in Europe, he showed the case to his friends Max and Pontus, who both had the same initial reaction as Vidar. Max was at the time designing mobile accessories for the brand Urbanista, and Pontus came from a background at the DTC‑brand Nelly.com. With no similar products available on the European market, Nudient was founded right there and then, at a coffee shop in Stockholm, Sweden. Now, five years later, Nudient is pegged up to become a global leader in the world of phone cases – forecast to do a +10M EUR turnover in 2021, followed by a full‑scale launch in the USA during 2022. 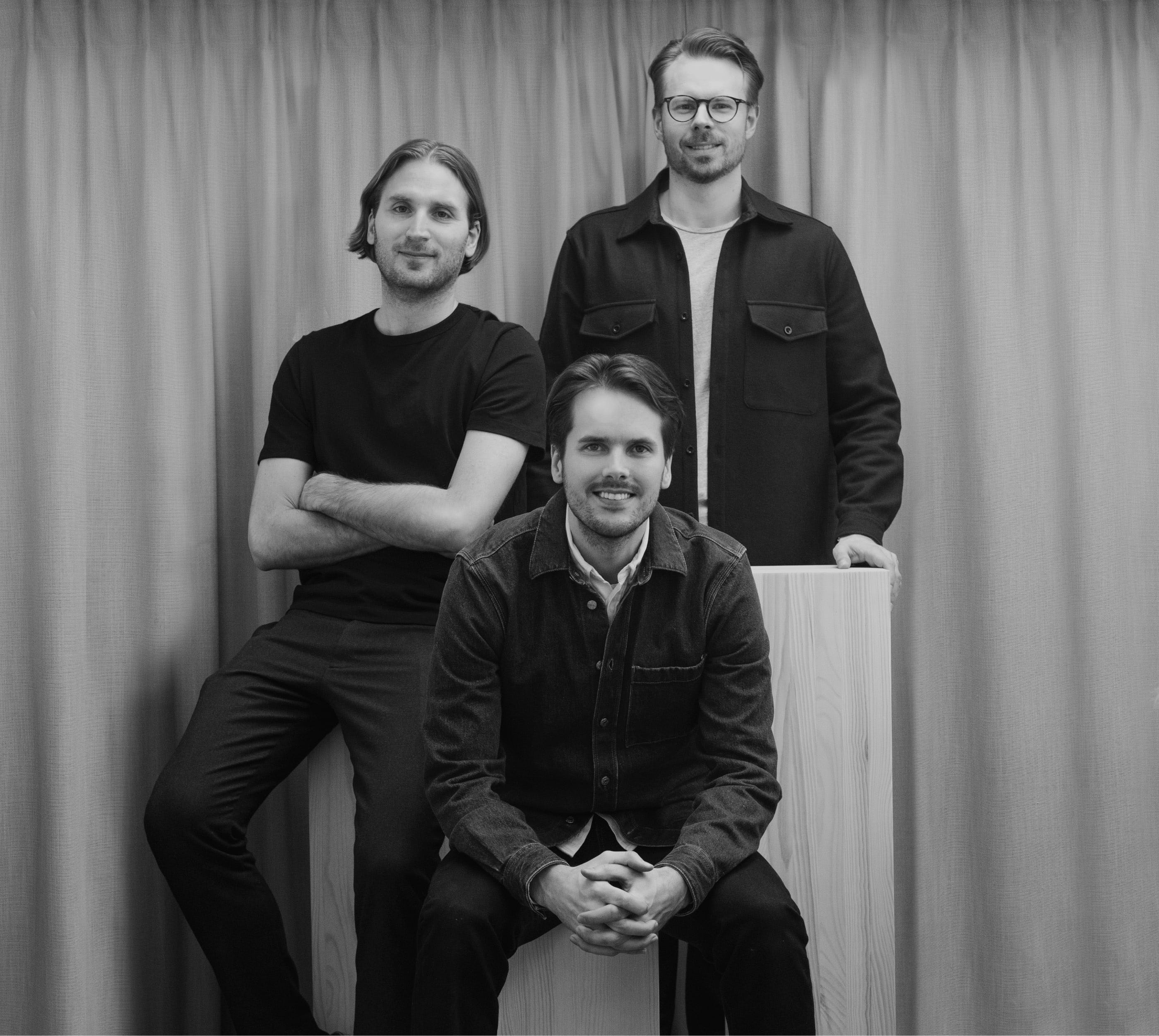 Nudient' co‑founders sat down at the drawing board to create the slimmest, most precise and best‑looking case they could possibly imagine. A few months later the Nudient V1 was launched in the Nordics. The success was instant. Apparently a lot of Scandinavians were craving a clean‑looking phone case that wasn't full of prints or had a bulky design.

When starting the brand, Nudient launched on the Shopify ecommerce platform, which made it easy to get going. It helped them to rapidly take the product to market when they were a small brand. The generic cookie‑cutter CMS was easy to use when they were new to ecommerce – as were the generic plug‑ins that came with the platform. However, as Nudient’s success grew, so did the growth‑pains associated with being locked into the Shopify platform.

As demand from other countries grew, they needed to set up a new individual Shopify store for each and every new market they wanted to localize. And every time they wanted to make an update to the store, this update also needed to be configured on each and every individual store. It wasn’t long until they found themselves administering 12 individual stores, which became an incredibly cumbersome process for Nudient’s small team of three people. The brand's success was still ongoing, yet temporarily halted.

We suddenly found ourselves administering 12 individual Shopify store‑setups for the 12 markets which we had a presence in. It was highly ineffective and we simply couldn’t continue like that. With our new setup on Centra we have one dynamic store for all markets

The temporary halt of growth that was caused by Shopify's limitations proved to be a healthy experience for the company. It allowed the team to sit down at the drawing board and rethink their long‑term strategy. The unanimous vision was to rapidly roll out more markets in Europe, but the big goal was to make it in the USA.

After a thorough evaluation, Nudient found Centra. A platform built out of a European brand’s perspective from day one. European brands are faced with the complexities of selling on multiple markets much sooner than typical brands from North America that tend to focus on growing within the North American market instead of expanding globally.

European brands are forced to deal with the challenges of selling online with multiple currencies, multiple warehouses, multiple tax rules and multiple languages as soon as they grow out of their home country. The Centra platform has been built with these complexities in mind since day one. It allows brands to sell on unlimited markets globally, with one store that automatically adapts content, language, currency, warehouse, tax rules, and more – based on the customers Geo IP – allowing brands to edit settings for all markets in bulk instead of copy‑pasting into every individual store as on the Shopify platform.

Centra is also completely headless in the sense that there’s no front end – meaning there are ZERO limitations to what can be done in terms of customization to both design and technology. Previously, Nudient was unable to properly communicate its brand story due to the limitations in the Shopify platform.

To strengthen the brand's digital identity, Nudient teamed up with the award‑winning digital agency, NoA Ignite, and started working on completely reimagining the brand's online expression.

Some might think a high‑quality phone case is a boring product. However, our story is pretty exciting, and needs to be communicated. Our new flagship store on the Centra platform enables us to do so

Impact: One global store – and a forecasted growth of 300%

Nudient launched its new site on Centra together with NoA Ignite in February 2021, and has since then experienced tremendous results. Time spent on admin is down by a lot, which has allowed Nudient to invest their time and resources towards marketing the brand to a wider audience. Improvements and results include:

In 2021 Nudient is expanding the team from 15 to 25 team members as they gear up for a strong entrance in the USA. They will simultaneously continue to roll out localized sites for the rest of Europe, with the goal to have 20+ localized stores live by the end of 2022 – before taking the next step into Asia in 2023.

Curious to find out more about how Centra can help your brand scale its business globally? Fill out this form and we'll be in touch shortly.

Stronger is growing faster than ever with the Centra platform in place. Centra was chosen as platform provider after a thorough evaluation of multiple solutions by Stronger’s ecommerce tech team

Soft Goat is staying ahead of their competition by being early adopters of new and innovative digital technology.

iDeal is pioneering the ecommerce space with yearly revenue of SEK 450 million in 2018 – forecast to double in 2019.

Nudie Jeans is driving the digital commerce evolution forward by erasing the boundaries between online direct-to-consumer, digital-wholesale, and physical retail